A Shortcut Through Time - The Pathway to the Quantum Computer 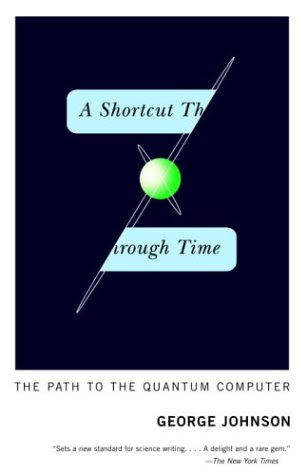 Going into this book I wasn't entirely sure what to expect. I didn't know much of anything about Quantum computing or quantum physics for that matter and I was concerned that such a thin book might not do the subject justice. It turns out my concerns were misplaced.

This book takes a pretty difficult subject and somehow converts into language almost anyone can understand. It was really pretty amazing. I won't claim that I could totally grasp everything it laid out. In fact I just took a leap of faith a couple of times and assumed the author wasn't pulling my leg just so I could move forward. Some of this stuff just boggles my mind.

I don't know if I'll ever see a working Quantum Computer in my life time but if they actually figure out how to get the technology working it will be amazing and I'll be even more glad I read this book. It is a great introduction to the topic and the author, George Johnson (the NY Times science editor) does a commendable job of making a difficult subject digestable.

Email ThisBlogThis!Share to TwitterShare to FacebookShare to Pinterest
Labels: 5, non-fiction 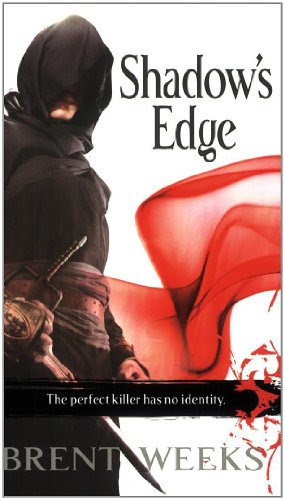 In "Shadow's Edge" Azoth has fully assumed the role of Kylar Stern (a name which weakly references the fact that Kylar is close to Killer) however he attempts to reject his life as a wetboy to find peace and happiness with his love Elene and moving to a new city.

Kylar gets bored with his life as a medieval pharmacist pretty quickly and begins to take some nightly jaunts through his new home town; and, in the process, he finds himself delivering justice and retribution in his alter ego the Night Angel. Eventually, Kylar's thirst for his true calling and his domestic bliss come to loggerheads - specifically once Kylar discovers his best friend, Logan, isn't actually dead.

Kylar then beings his quest to save Logan and his hometown from the domination of the Godking. Unbeknownst to Kylar his old wetboy nemesis Vi is hot on his trail and she has stolen two of the most valuable things Kylar has; his adoptive daughter and his wedding earrings - earrings that are bestowed with powerful magic.

Overall, this tale is just as easy to read as the first "The Way of the Shadow" but it isn't as fulfilling. It's a nice light read that flows wonderfully but there are no real surprises and I found myself getting bored with most of the characters.