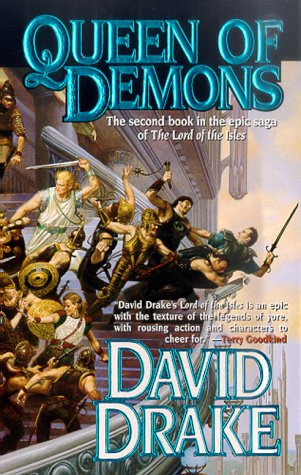 Queen of Demons the second installment in the Lord of the Isles series continues on with the same troupe of likable characters; and, much like the first book, has a few characters that play vital roles for this book only then disappear. However, the plot in this book is even weaker than in the first and major events slide by a bit too easilly. Overall, I found this book less enjoyable than the first. However, I have already bought the next couple books in the series so I will continue to read. At least I still like the principal characters or else I would probably just sell the books on eBay without another thought.