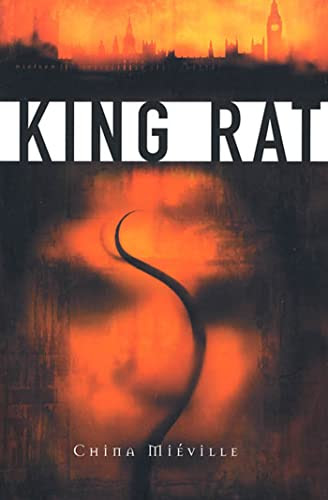 King Rat is a modern day sequel to the fabled story of The Pied Piper. In the ancient tale we don't really hear much from the Rat's of Hamellin Germany. Instead, we just know they show up and infest the small town until the Pied Piper shows up.

Anyone familiar with the story will also remember the darker ending where the people of Hamellin refuse to pay the Piper and so he changes his tune and leads all the children away into a mountainside. It is this darker side of the Pied Piper that is explored more deeply in King Rat.

The Piper can play one type of song at a time and, as it turns out, he can control any kind of living species with a song tuned to that species. Thus at one moment he can control the rats, another the children, another the birds, or even the spiders. He is content in his knowledge that he can make anyone dance. Anyone that is except Saul.

Saul is a special hybrid resultant of the coupling between a Rat in humanoid form and an actual human. How a Rat can take on human form is never really explained in the book; perhaps it is a talent reserved specifically for those of royal blood. Saul is drawn into the dark world of Rats and their past with the Pied Piper specifically because of his mixed background; he becomes a trophy fought over between two long-time enemies: the Piper and King Rat.

King Rat, you see, was around back when the Rats of Hamellin were drowned and he has a bone to pick with the Piper. The problem his, even after all of these years, he still can't resist the Pied Piper's compelling tune. Thus the King needs, and the Piper hates, Saul.

This book takes place in present day London and for that reason alone I got a kick out of it because I happened to be in London as I read it. I hadn't been in London since I was five so it was kind of cool to see bits and pieces of London by day and then read about Saul and King rat exploring those very same locales, albeit from a far different perspective, at night. In fact, at one point, as I was reading in my hotel room on High Holborn, Saul and King Rat ran right past my window in the book (page 98). That was pretty cool.

The Piper's dark side is expanded quite a bit and Melville (the author) really makes him easy to dislike. Likewise, it is easy to dislike King Rat all the while sympathizing with Saul and his unusual circumstances. This was my introduction to Melville and it was fairly enjoyable. The book was fairly lightweight reading and had some interesting twists (though nothing particularly suprising). Not only was this my first encounter with Melville it was my first effort at reading Urban fantasy. I imagine I will return to the genre and the author.

Email ThisBlogThis!Share to TwitterShare to FacebookShare to Pinterest
Labels: 3.5, urban-fantasy