The Bear and the Dragon 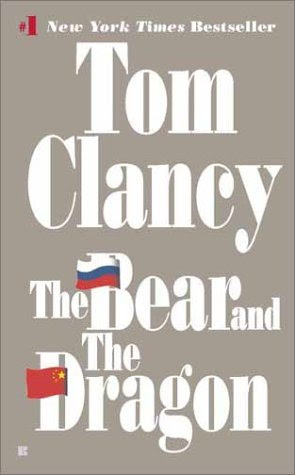 While The Bear and The Dragon was a pretty good read there were a few things that I felt were weak. For starters the entire process by which the US Spy infiltrates the Chinese governments computer systems with his "undetectable" trojan. If he is delivering the computer, installing it for them, and who knows what else, why didn't he just deliver it with the trojan in place instead of having to screw his way into the office? I just don't get that. Secondly was the presidents reaction at the end of the story when all hell is breaking loose. I don't want to say too much but, "Gimme a Break", he has a responsibility as president and Jack Ryan never seemed like the kind to shirk responsibility - until the end of this book when he suddenly gets a whacked out definition of right-vs-wrong. The only other thing that bothered me about the book was that almost every man in the story was exactly the same; particularly the US soldiers. Gimme a break.


Even if we assume the story was taking place now, or in the late 90's the attitude of every solider was that of someone Clancy's age who grew up with the missle crises in the 60's. However, most of the pilots, spooks, and what not just didn't feel like they were that old to have such a complete mindnumbing reaction to allying with the russians. Hell, by the end of the 90's the coldwar was 10 years dead. We had already started working with the Russians on the international space station (a hallmark battle ground of the cold war - space) and yet no soldier in American service could believe we were working with the former Soviet Union against China - our modern day "cold war" enemies. I got kind of sick of reading how shocking it all was. One or two old timers was enough to convey the irony!


Even with these complaints the story was still fairly interesting, the cast generally likable, and China was setup well as an enemy of mankind (not something I buy in real life) but that Clancy conveyed well in the book. Probably not his best work but since it is the only Clancy novel I have read it wasn't too bad. I might give him another shot; maybe with an older book that was turned into a movie like The Hunt for Red October .