The Plot Against America 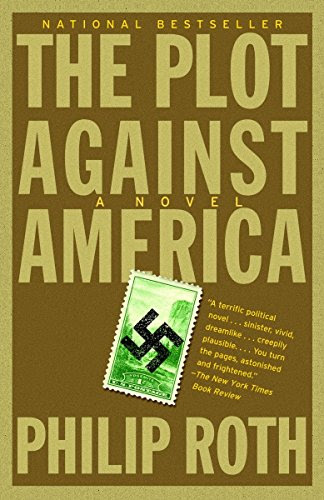 The Plot Against America is a eerily believable retelling of the what America could have been like had one thing happend - if Charles Lindburgh had become president instead of Roosevelt in 1940.


If you weren't aware (I wasn't) Lindburgh was actually a known anti-semite (as was Henry Ford who also plays a role in the Lindburgh administration) however Lindburgh had captured the nation's sympathy due to the kidnapping of his child and their admiration for his many daring flights - such as his transatlantic flight made in the Spirit of St. Louis. In The Plot Against America Lindbergh gets involved in politics (a stark difference from his real life were he preferred to keep his politics personal) by standing upon a platform of isolation during the rising conflict of WW2.


The course of events that led Lindburgh into the oval office and the subtle effects his policy's have on the Jewish population as described by the Author (he writes from the perspective of his family in suburban NJ when he was only 7) make this book very plausible. Frightengly so. Phillip Roth tells a tale that shows his family being torn apart by the various government programs intended to "Absorb American Jews into the Social Fabric". This small, personal conflict is a minor reflection of the same events that are taking place within American society at large until finally there were large NAZI rallies and riots against the Jews in the midwest.


The book is pretty short (416 easy pages in the trade paperback) and the characters are all very believable. The scariest part of the book is the fact that it all seems like it could happen at any time, even today, if the wrong people had power; and perhaps, if your a Muslim in America you may feel it is already happening.

Email ThisBlogThis!Share to TwitterShare to FacebookShare to Pinterest
Labels: 4.5, historic-fiction