The Narrative of Frederick Douglass 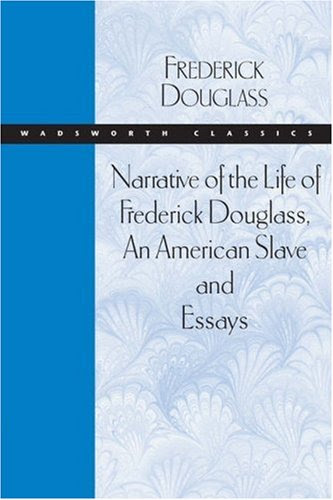 I just finished reading this book and can't recommend it highly enough. Some of the surrounding text such as the preface and the appendicies weren't that interesting but in conjunction with Douglass's stirring tale they fit in nicely. However, it isn't the story of Douglass that is so worth the read as it is the effect it has on the reader.


I think pretty much everyone has seen a movie or read a book that describes slavery in some way or another. The tale is almost always the same; oppressed black people being whipped and abused. Because of these earlier tales of depravity I was pretty much prepared for physical horrors beyond description in Douglass' narrative. However, there was little in this book that really dealt with physical abuses. Instead, Douglass spoke of the mental and spiritual hardships the slaves dealt with and in many ways these were much worse than any physical brutality. The wounds from the whip lasted days while the wounds to the slave's spirit often lasted for a lifetime as was the case for Douglass.


I think it is easy to forget that slavery was a legalized institution in this country as recently as 150 years ago. Douglass's grandmother lived into her 70's. So basically the lives of two grandmothers have passed since slaverys abolition. I think this would be a great book to add to US History courses in High School. It is fairly short and easy to read so it could easilly become part of the standard cirriculum.


I've been sitting on this post for a couple months now waiting to publish it because I just haven't been able to put into words the feelings I had after reading it and I still can't. The treatment Douglass and his friends, family, and loved ones endured was horrible and, sadly, was probably not even close to indicitive of how bad it was for many others enslaved. Our nation has come along way since the 1860's it is clear that we have a long way to go still in righting these wrongs. Is 150 years enough time to undo 400 years of oppression? I doubt it. Racism will never go away, only a fool or blind optimist would believe it possible, however I hope that it's effects that are buried deep in the fabric of society are eventually removed.